It’s 55 degrees outside which can only mean one thing:

LEGS. I cannot wait for underclassmen to return from island nations that end in ‘a’ and start showing off their newly bronzed bipeds! Soon Battell Beach is going to be covered by youngsters trying to soak up the ever increasing rays of sun. Of course, they won’t realize that while doing so, their backs are getting covered in mud. Afterall, It’s only March and it’s still Vermont. So while you’re weathering out that final snowstorm, here’s songs to get you ready for summertime. 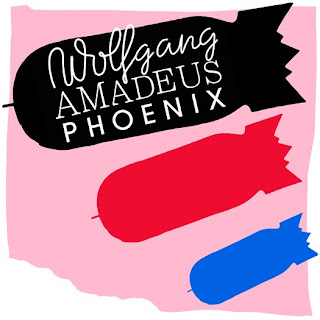 The first song is Countdown (Sick for the Big Sun) by French pop masters Phoenix. These guys basically wrote the soundtrack for my summer three years ago with their debut, It’s Never Been Like That. Their new release, Wolfgang Amadeus Phoenix, is slightly more disco, but equally as bubblegum .

Next up, we’ve got Now We Can See by The Thermals. I’ve loved this band for a long time now with their unique brand of talk-rock that makes me miss Thompson. (I never thought I’d say that.)

Hells fucking YES. Metric. It’s been four long years since the last real Metric release and I definitely have not been disappointed with Fantasies. Granted, nothing can touch OWU, but this will definitely piss off my roommates for the next few weeks when I wake up to the album on full blast every morning. Also, I’d like to take this opportunity to officially propose to Emily Haines. Emily, you are the coolest older woman in the world and are incredibly sexy (in a weirdly Canadian way).

Next up is the Yeah Yeah Yeahs. Zero is the first single from new album It’s Blitz!. They’ve traded their Sonic Youth sound from Fever to Kill for more synths ala Blondie, but that doesn’t mean it’s not good. They’ve managed a nice balance between punk and pop. So if you were disappointed by Show Your Bones, don’t worry. The YYYs are as cool and as rockin as ever.

Finally, we’ve got The Decemberists with The Wanting Comes In Waves/Repaid. For the new album, The Hazards of Love, hyperliterate frontman Colin Meloy wrote a rock opera, casting Becky Stark (Lavender Diamond) as Margaret, the doomed protagonist, Shara Worden (My Brightest Diamond) as a forest queen (appearing in the song) and featuring Jim James, Robyn Hitchcock,and Rebecca Gates. Listen closely and you might hear Comfortably Numb on The Hazards of Love 4 (The Drowned) or The Who’s Tommy all over the fucking album. Rather than rip-off these giants of the 70’s, the Decemberists channel them, crafting a narrative that’s enjoyably poppy, but also get my head banging every time Chris Funk starts shredding and the Forest Queen starts belting. If you’ve not been listening to this album on repeat for the past few weeks, get on it. Oh, and for a bonus: NPR has the whole thing live at SXSW.