Are you in Vermont this summer? Do you listen to 91.1? Have you been wondering what the ambient psychedelism that makes you want to erupt into a giggle fit is all about?

Well, I am in control of the robots – that is, until they develop sentience. But for the time being, they’re broadcasting only Boards of Canada. 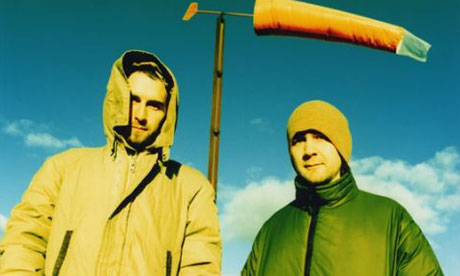 To get at this elusive goal BoC craft musical fragments using a combination of real instruments, analog electronics, drum machines, samples, digital effects, and anything else they thing sounds cool. Often, the group several hundred ideas only a few seconds long which they then distill into songs. When a group of songs seems to connect in that special way, they’ve got an album. You see, BoC is not content to merely give you an album of good sounding songs, they’re after something much more, in the band’s own words, spiritual.

BoC believe that music is close to the divine. They sample melodies reminiscent of nursery rhymes, that get stuck in your head almost universal. They draw inspiration from John Carpenter soundtracks and nature documentaries alike. They fill their records with subliminal messages and numerology -noting the way that science and math pervade the natural, cultural, and artistic. They want you to do more than just passively listen to their work, they want to fell it and become a part of it. So do that, and tune in to 91.1 or stream it.