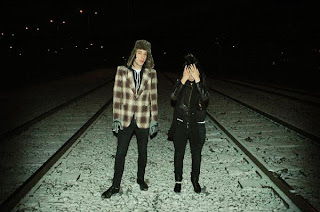 It’s hard to be disappointed about Wolf Parade’s hiatus with imminent releases by both Spencer Krug and Dan Boeckner. While Krug will be releasing Organ Music under the moniker Moonface on 2 August, the third album from Boeckner’s Handsome Furs, Sound Kapital, drops on 28 June (zomg so soon). Below is “Repatriated”, the second single from Sound Kapital, a track that embodies the one thousand and ten reasons why I heart a synthesizer.