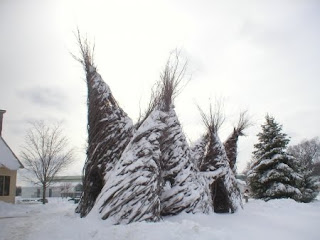 As 2011 winds down, you may be taking a moment or more in the next couple of weeks to reflect on all the great music you heard this year. Remember James Blake’s debut LP? That was in January! Everything since then has all been this year! Many, many great albums and singles were released in 2011. I’ve never tried to compile a list of favorite songs from a year before, but I decided to do a two-week special highlighting my top 50 songs of the year on my radio show this January. Making that list turned out to be a lot harder than I’d expected — firstly, because I couldn’t believe that songs I was really into by solid artists such as Lykke Li, Blouse, Radiohead, the Rapture, Tennis, Dirty Beaches, and Panda Bear didn’t make the cut; secondly, because qualitatively ranking songs turned out to be really hard. How is any music fan supposed to reconcile that music which falls nearer to being “high art” with music that’s satisfying because it’s just dumbly glorious pop? In others words, do I really like Colin Stetson more than Beyonce? Or the other way around? Why — and how can I justify that? Then I remembered reading, a little over a year ago, this essay by Mark Richardson, and I reread it, and realized that such dilemmas just plain don’t matter. If you, too, have anxiety about compiling a year-end list, or if you enjoy perceptive writing about pop music, you may find it of interest. It’s also very concerned with the meaning of sharing music you love, which ideally any DJ with a music show is doing at least once a week (on his/her radio show, get it?), so it’s probably of interest to everyone who might for some reason be reading this blog.

Speaking of the art/pop dichotomy that may or may not exist, you may also want to read this excellent review of Fuck Death, the new album from Frog Eyes/Swan Lake frontman Carey Mercer‘s side project Blackout Beach, by Cokemachineglow‘s Conrad Amenta. It’s extremely well-written and contains some important thoughts that pertain to the practice of music criticism in general, not just to the record at hand (which is amazing — listen to one of the best songs here). It makes for an interesting pairing with the same website’s review of Drake’s newest full-length, Thank Me Later.

Lastly, on the subject of year-end lists, here’s an unusual one for 2010, from I Was Young When I Left Home, a strange and beautiful (aesthetically, poetically, sentimentally) little music blog whose posts are rare but often deeply gratifying to read. If you’re working on a “Best of 2011” list of your own, perhaps it will provide inspiration for a new way to go about an old project.

Best of luck with Finals Week!