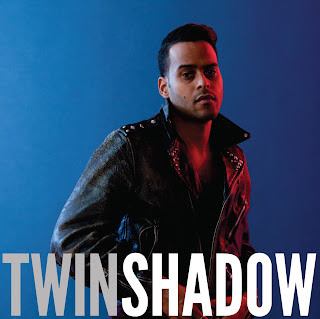 Today the sexiest man in indie rock, aka George Lewis Jr., aka Twin Shadow, released the incredible and long-awaited video for “Five Seconds,” the very ’80s-sounding first single from Confess (the upcoming follow-up to Twin Shadow’s amazing 2010 debut LP Forget). The video, evocatively shot by Keith Musil, is seemingly just one part of some greater, postapocalyptic story — dig the fake literary source material and that voiceover intro straight out of a ’50s film noir — although there’s been no indication as of yet of an underlying conceptual narrative for Confess. The end of the video provides us with a muffled (but still enticing!) snippet of what appears to be the album’s next single, entitled “Patient” — hopefully its video will give us more information about the world and characters this clip presents, ’cause I’m pretty into the whole thing….

If sci-fi/fantasy isn’t usually your cup of tea, 1) that sucks since sci-fi/fantasy is obviously the best; and 2) watch the video anyway, because it is also just really badass, what with those creepy crowbar-wielding masked warriors, a few Matrix-style slow-mo stunts, a motorcycle adorned with a dead coyote, and a whoooole lotta well-placed animal print fabric. Check it out below, along with another excellent Twin Shadow video, the Jamie Harley-directed found-footage clip for 2010’s “Castles In The Snow.”

Confess will be released in the U.S. on July 10 on 4AD. (That’s the seriously hot cover art above.)

“Castles In The Snow”:
…And as a bonus, here’s a 60-second way-too-close-up video of George Lewis, Jr. making out with someone, via Pitchfork.