The La’s – The La’s. Get listening. People should give a brit about these Liverpudlians.

The past few weeks have seen the ‘Don’t Give a Brit’ boys cover the 90s in three short slots. So, in true ‘Don’t Give a Brit’ style,  I am completing this lack of an overall and thorough assessment in writing this week’s blog on an album released in the 1990 which fails to actually adhere to many of the iconic musical sounds that defined the remainder of the decade. I do not wish to eclipse the great music acts of Oasis, Blur and the like who came after this band, but I do wish to suggest that they owe a big debt to the Liverpudlian four-piece.
When you think of a Liverpudlian four-piece, it is not The La’s that immediately spring to mind. The band embodies this distinct Merseybeat (http://en.wikipedia.org/wiki/Mersey_Beat) sound and as a result could not avoid comparisons with The Beatles. This genuine, rootsy and authentic sound is achieved through The La’s unadorned acoustic arrangement. However, the friendly rhythm guitars mask the less pleasant inner-meaning of songs such as “There She Goes” – the song that forms the basis of the band’s identity. The song’s lyrics, such as “pulsing through my veins,” have immersed it in a reference to Mavers’s previous heroin addiction. Nonetheless, the implicitness of these references mean that each song’s lyrics could easily be emulated by an adolescent boy with a draw-string guitar standing on the lawn of the girl he’s trying to win the admiration of at 3am as you regularly see in films. Yes, it would be correct to presume that these guys are a hit at soppy wedding functions. The La’s sound is relatively simplistic, but its in-sync guitar work and catchy looped riffs are just made to seem effortless by the quartet. For example, in “Looking Glass” the tempo is slowly raised throughout the song to give it a momentous ending. 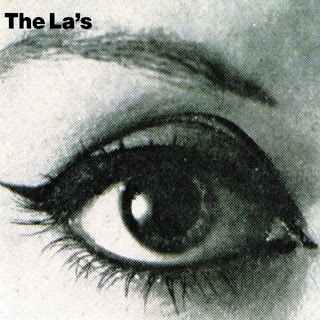 However, the relative ease in constructing and playing each song did not save the group’s dynamic from turmoil. The core duos tumultuous persona of Lee Mavers (guitar, vocals) and John Bower (bass backing vocals) made for a frequently changing line-up, with this lack of stability eventually causing the band to enter into hiatus after the debut album, with only haphazard reformings since. This instability was manifested in the numerous debut album recordings. Mavers’s personality made working with producer Steve Lillywhite extremely problematic. Mavers’s obsessive, particular and perfectionist mentality was the root cause of this. Mavers, for instance, scrapped multiple recordings of the band’s debut album. He also became aware of Lillywhite’s decreasing patience and told the rest of the band not to play to their full potential whilst recording. However, the entire next LP recording was ironically the LP that eventually got released after relations declined with Lillywhite to the point of collapse. This is why, for example, at the beginning of “Freedom Song” the guitar work sounds fairly disjointed.
Mavers’s trajectory was much the same as the band he fronted. Mavers was originally witty, playful and driven but quickly grew into dropping out of the limelight completely, becoming a social recluse. The short lived success of the band is also due to their inability to find a place in the 90s musical lineage. They seemed to just float on the periphery through being distinctly different to the late 80s/early 90s British bands such as The Stone Roses. However, they evidently influenced the Britpop influx that was to come from bands such as Oasis, Travis, Stereophonics and The Charlatans and other future Liverpudlian bands such as The Coral and The Zutons. The La’s were in fact a “Timeless Melody” – indebted to the past yet not encompassing futuristic traits. This self-made void is created through the band calling upon hooks and harmonies of the mid-sixties whilst also maintain the friendly classiness of the Britpop 90s. However, it would be wrong to say that the band were nostalgic; they were not hindered by tradition; they were liberated by it. They used simple elements to construct their own identity; an extremely alluring the identity, as bar staff at British weddings are far too familiar with I’m sure.
There we have it guys, a blog and show that sets out to portray the British 90s as a whole in a short space of time, yet not achieving its purpose. The La’s do not fit the general category for 90s sound, embodying timeless elements which could place them in any decade that we have covered in ‘Don’t Give a Brit.’ Odd choice then for the iconic 90s, but I picked them to stay in line with the general vibe of the show – unpredictability. This unpredictability is like a successful blind-date, which is why you should tune in every Thursday from 1-2pm on WRMC 91.1FM Radio. We do not believe in order, which is why there is no playlist to accompany the show, we live for the moment. However, we cannot keep this bureaucratic anarchism up forever which is why you should listen to “Timeless Melody”, “Doledrum” and “Feelin’” by The La’s. I would suggest “There She Goes” but you’ve probably heard it copious amounts of times at family weddings.

2 Responses to “The La’s – The La’s. Get listening. People should give a brit about these Liverpudlians.”