Welcome back! It’s J-Term (yay-term, play-term, etc.), which means we all have plenty of free time to catch up on whatever music we might’ve missed in the hustle and bustle of fall semester! This year in music brought us an impressive slew of new releases from both old favorites and new starlets. Veteran rock-gods like Swans and Converge reimagined their genre with monolithic guitar rifts. Rising international sensations like Taylor Swift and fun. arguably saved pop music. For fans of hip-hop and rap, releases from Kendrick Lamar and Flying Lotus introduced a new standard of soulful sophistication. Indie-pop endured with dreamy, reverb-drenched records from Beach House, grand orchestrations from Grizzly Bear, and modernized folk ballads from Mumford & Sons. All in all, 2012 was a swell year for music of all genres, as artists challenged conventions and surpassed expectations. Check out our twenty favorite albums of the year…

Riding high on the success of their 2010 debut Sigh No More, British indie-rock sensation Mumford & Sons once again took the charts by storm with a new set of rousing folk revival tunes. With electrifying guitar rifts and heartfelt lyrics that routinely reference Shakespeare and Steinbeck, frontman Marcus Mumford refuses to fall victim to the sophomore-album-slump. The record is nominated for four Grammy Awards, including Album of the Year. 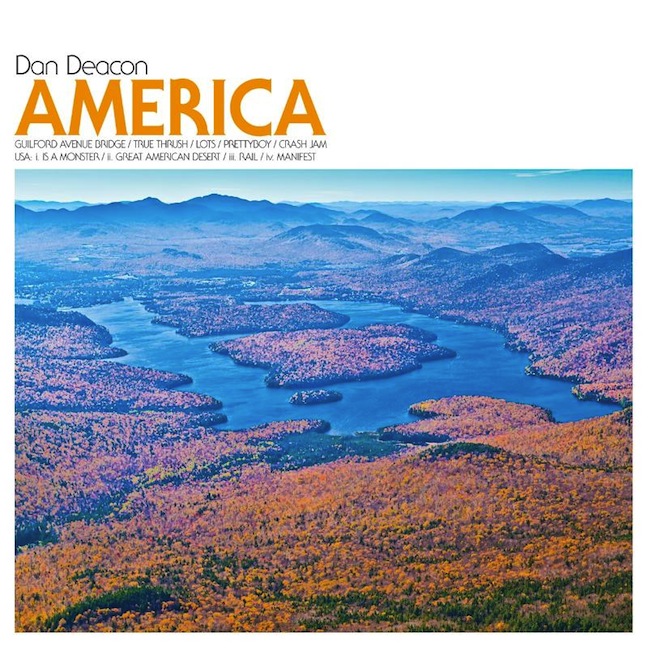 19. Dan Deacon, America
In an open letter to his fans prolific electronic musician Dan Deacon confesses, “I never felt American until I left the United States”. His latest release undoubtedly echoes this sentiment, drenched in a panoramic nostalgia for his homeland. The ambitious four-track orchestral movement that closes the album identifies Deacon as composer beyond jam-master, and is arguably the best thing he’s written to date.

18. Jessie Ware, Devotion
British singer-songwriter Jessie Ware first emerged singing vocals for SBTRKT and Joker, but soon made a strong name for herself with the standout single “Wildest Moments”. Ware’s smoky voice and modern R&B stylings have earned her a distinct spot in the indie-pop milieu. Devotion was nominated for the prestigious Mercury Prize, placing Ware among notable soul sensations like Adele, Amy Winehouse and PJ Harvey. 17. Taylor Swift, Red
Country starlet and mainstream-pop sensation Taylor Swift once again stole America’s hearts with her expansive genre-bending Red. From electro-pop breakup anthems (“I Knew You Were Trouble”) to classic country arrangements (“Stay Stay Stay”) to brooding British indie-rock ballads (“The Last Time”), Red has something for everyone. This is not to say the album is scattered or overproduced; rather, it is telling of Swift’s natural ability to cross boundaries and bridge wide musical gaps with her compelling narratives and unforgettable hooks.

16. Bat for Lashes, The Haunted Man
In an interview with the Quietus, Bat for Lashes’ leading lady Natasha Khan stated that her latest album was about “letting go of the things that haunt me”. While The Haunted Man does resonate with mourning and tragedy, it also rings with empowerment, empathy, and ambition. Khan’s new release reimagines and refines the progressive-folk dance numbers for which she is known, culminating in a sincere and soulful set of dark pop standout tracks. 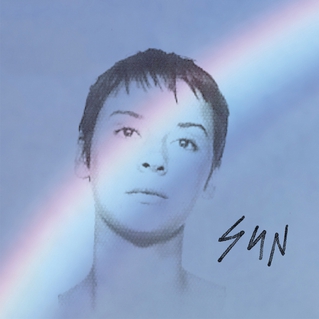 15. Cat Power, Sun
Chan Marshall’s confident, cool and undeniably dance-able Sun was the last thing we expected from the brooding blues-rock super-starlet. Nevertheless, the album channels 80s synth anthems and Joy Division to create a brilliant collection of off-beat party music. Emotional, risky, and rewarding, Sun proves that the once volatile Marshall has finally come into her own as an artist. 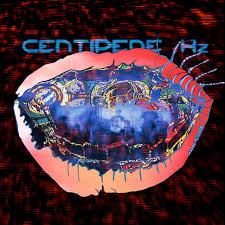 14. Animal Collective, Centipede Hz
Following their critical and commercial breakthrough with 2009’s Merriweather Post Pavilion, cult superstars and veteran weirdos Animal Collective returned with the ambitious Centipede Hz. Both overwhelmingly busy and static at the same time, Centipede Hz seeks to embrace the 21st century sensory overload and digital drone. With this release, Animal Collective pushes their maximal aesthetic to the extreme, and the results are undeniably rewarding, however surprising.

13. Fun., Some Nights
Fun.’s lead vocalist Nate Ruess is no newcomer in the world of indie-pop; the singer-songwriter gained a notable cult following with his early-2000s outfit, The Format. It was until Fun.’s second studio release, however, that Ruess attracted a mainstream audience. Some Nights teems with energy and personality, earning the band 6 Grammy nominations, three for the single “We Are Young”, two for the album itself and one for Best New Artist. 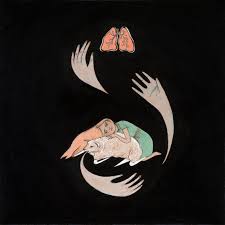 12. Purity Ring, Shrines
With futuristic pop melodies and dark dub beats, Canadian duo Purity Ring has made a name for themselves amongst the slew of electro-pop artists that took 2012 by storm. Vocalist Megan James draws in her audience with affecting narratives of unrequited love, debilitating addictions, and supernatural phenomena. As the duo’s debut album, Shrines leaves listeners pining for more of James’ reverb-drenched melodies crooned over dark and haunting dance beats. 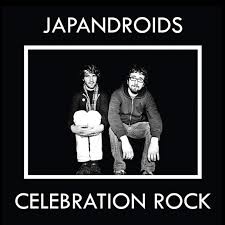 11. Japandroids, Celebration Rock
With rousing, call-and-response hooks and offbeat arena anthems, Japandroids are 2012’s most ambitious new artist—and they aren’t new! The Vancouver duo has been making music since 2006, but their most recent release, Celebration Rock, identified the group as indie rock superstars. The album, riddled with demanding melodies and powerful lyrics, is entirely the product of two hardworking musicians pushing themselves to unbelievable lengths. And by god, does it work. 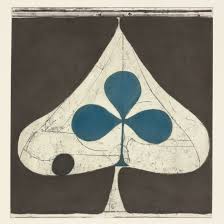 10. Grizzly Bear, Shields
With their fourth album, Brooklyn avant-garde pop sensation Grizzly Bear bulk up their standard orchestral harmonies with thundering rhythms, overwhelming ambient drones and passionate lyrics. Shields is both the band’s most collaborative and cohesive to date, full of baroque compositions and polished with meticulous production, earning its place on international charts and countless year-end lists. 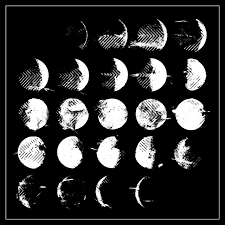 9. Converge, All We Love We Leave Behind
Even as veteran hardcore rock gods, Converge still manage to deliver an intensely manic, aggressive and raw energy for all thirty-eight minutes of All We Love We Leave Behind. But with a second listen, you’ll hear the thoughtful compositions and technical mastery which first positioned the band among metal’s biggest and best. The album reimagines the punk standards of vocalist Jacob Bannon’s youth into something both fresh and familiar, making it an irrefutable success. 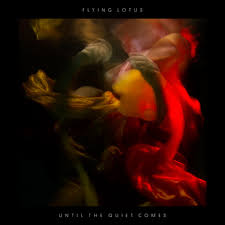 8. Flying Lotus, Until the Quiet Comes
Throughout his last five years as Flying Lotus, Steve Ellison has lead the way in electronic music construction and production, crafting smooth and atmospheric beats. On his latest album, Ellison moves effortlessly from futuristic jazz to heavy synth dance rhythms to. Until the Quiet Comes is undeniably elegant in both conception and execution, securing Ellison’s status as one of the greatest sound engineers in contemporary music. 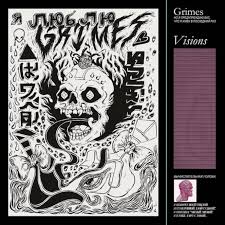 7. Grimes, Visions
In 2012, Canadian avant-garde princess Claire Boucher rocked the music world with her weirdly danceable bizarro synth-pop. The wildly ambitious Visions successfully bridges all sorts of gaps—between R&B and EDM, human and computer, commercial and cutting-edge. The album earned Grimes universal critical acclaim and a cult internet following. Whether hollering a medieval chant or crooning a sugary-sweet melody, Boucher manages to amaze and astonish listeners with every track. 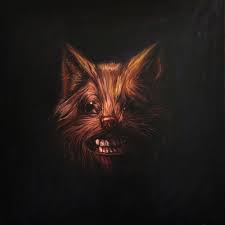 6. Swans, The Seer
When Michael Gira’s band of post-punk pioneers reunited in 2010 after more than ten years on hiatus, listeners expected great things. As their second release since the resurrection, The Seer does not disappoint: the album is cinematically extravagant. Mostly acoustic, the album relies on these musicians’ raw aggression to provide a grueling eleven-track adventure. The Seer showcases exactly what Swans does best: not just challenge the boundaries between violence and beauty, music and noise, but ultimately transcend them. 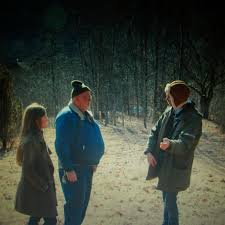 5. Dirty Projectors, Swing Low Magellan
David Longstreth is famed for delivering demanding arrangements, jammed packed with complex harmonies, flashy dissonances, and surprising meter shifts. But Swing Low Magellan proves that Longstreth’s formula for the fantastic isn’t all show. Nominally stripped down, the album highlights Dirty Projector’s technical skill, lyrical genius, and undeniable sincerity. With Swing Low, Longstreth seems to be saying that, even after a decade-long run, his thirst for musical exploration is far from quenched. 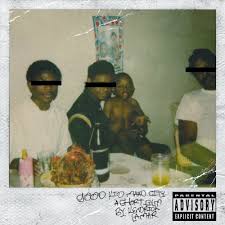 4. Kendrick Lamar, good kid, m.A.A.d. City
Kendrick Lamar’s sophomore album was arguably the most talked about major-label rap record of the year, and with good reason. The Compton rapper delivers vidid narratives with gripping lyrical technique, spewing stories that cover everything from the pure excitement of young romance to the harsh realities of gang violence. Selling over half a million copies within its first two month on shelves, good kid secured its status as not only a hit record, but easily one of the most important rap releases in nearly a decade. 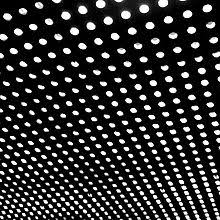 3. Beach House, Bloom
With their latest release, Baltimore duo Beach House has managed to win over everyone from college radio stations to Jay-Z and Beyonce to Billboard 200. The duo’s undeniably knack for blending brooding lyrics with blissful melodies has earned them universal acclaim and a cult following. Drenched in Victoria Legrand’s eerie contralto and Alex Scally’s hypnotizing guitar licks, Bloom presents itself as arguably the best dream-pop album to date. 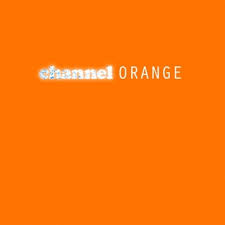 2. Frank Ocean, Channel Orange
2012 met 25-year old singer Frank Ocean with a whirlwind of headlines and hype, and the Odd-Future member handled it with undeniable cool. Ocean’s Channel Orange feels both timeless and incredibly now, spinning tales of West Coast decadence, strip clubs and unrequited love. The record not only marks one of the most exciting R&B breakthroughs of the decade, but promises budding genius from a young artist on the rise. 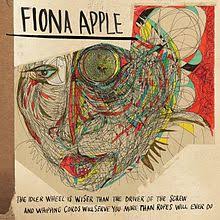 1. Fiona Apple, The Idler Wheel…
Fiona Apple refused to settle for ‘one-hit-wonder’ and her picture on the front of Rolling Stone’s 1998 “Year of the Woman” issue. The 35-year-old has spent the last fifteen years as something of an emblem for self-empowered female musicians, but her latest release makes clear that Apple is more empowered than ever, shedding the shackles of her past. The Idler Wheel… is raw, unfamiliar, and strikingly beautiful in all of its simplicity. Apple has refined her lyrics, her voice, and her performance, resulting in an indisputable success. For Apple, 2012 is not “The Year of the Woman”, but simply her year.