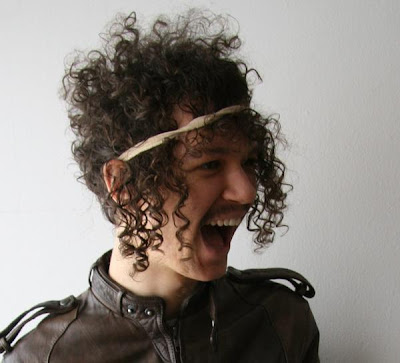 Hailing from NYC, the way they choose to describe themselves is pretty accurate:
“indie music with a side of calisthenics”
“happy music for sad people”
“white music for black people”
Their most popular single floating around the blogosphere (Radar Detector) is pretty infectious. It’s difficult not to have that song stuck in your head after a few listens (even more difficult to not try and sing along).
Recently it’s been remixed (quite well) by Xaphoon Jones (the guy who consistently turns popular indie songs into hip-hop samples for Chiddy Bang) which has made it even MORE infectious.
Give it a listen. Tell us what you think. Also, check out a clip of one of their performances. Looks pretty rad (Especially the interpretive dancing toward the end). Something we should consider bringing to campus…