This is your weekly source of info on the anticipated album releases of the week and where you can stream each in its entirety!
POP: Fanfarlo released their debut album, Reservoir, three years ago, and this week they finally return to the scene with their second LP, Rooms Filled with Light.  This time around, Fanfarlo seems to have dropped the softer, folkier elements of their previous sound, and instead have amped up the orchestral crescendos, heavy brass melodies, and mysterious synths.  Rooms Filled with Light boasts a bigger, more complex sound than we’ve heard from Fanfarlo, and while it isn’t as immediately accessible as Reservoir, when given a little time it proves itself to be a stronger and more satisfying listen.

FOLK: Middlebury College alum Anaïs Mitchell releases her fourth full-length album, Young Man in America, today on her brand new independent label, Wilderland Records. Mitchell has always been known for her musical storytelling and this is no less true on her new album, whose title character she describes as “a restless character on a feverish hunt for pleasure and success.”  Unlike her previous albums, Young Man in America features two percussionists, who add the heaviness necessary to create Mitchell’s part-modern, part-mythical world.  Because this album is not as concept oriented as her last release, the epic folk-opera Hadestown, each song on Young Man in America seems more individually accessible, while still cohering beautifully into an album worthy of listening to from start to finish.

Stream Anaïs Mitchell –  Young Man in America
ELECTRONIC: Mouse on Mars is known as perhaps one of the most prolific bands in electronic music.  I don’t think I can even try to explain them better than they did on their own website so, for fear of failing, here is how they describe themselves (in the third person): “Mouse on Mars is one of the few electronic bands to stand the test of time. Constantly reinventing themselves, they have taken electronica to new heights with a unique blend of sound annihilation, fragmented melodies and an impassioned hatred of conformity. For nearly two deacades, Andi Toma and Jan St. Werner have sweated over burning consoles to create a new musical language, only to twist it again into thousands of myriad distortions.”  Now, after an uncharacteristic six-year break, Mouse on Mars is releasing their 10th LP, Parastrophic.  The album is 46 minutes of pulsating synths, looping vocals, and heavy, but not overpowering bass all brought together and presented seamlessly such that you barely have time to process what you are hearing. 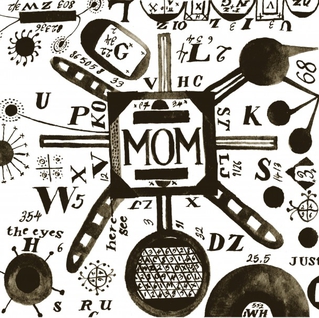