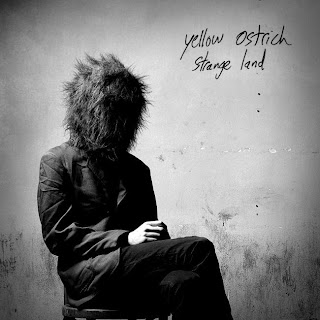 After coming out of the gates running with their debut album, The Mistress, I was skeptical to how a sophomore album would compare to what I already considered one of the best albums in my iTunes library. While I still think The Mistress takes the cake in terms of overall excellency, Strange Land is biting at its heels.
The first track on the album, “Elephant King,” starts the album on a playful note that continues throughout. The album exudes a new confidence in the band and they’ve clearly stepped up their songwriting. “Daughter” begins with the lyric “I won’t let you bring me down/said the man with the grin.” The album overall has a deeper, darker feeling than tracks from Mistress like “Hahahohoho,” but manages to make the music just as fun. It’s definitely a sophomore album, but don’t we all have to grow up at some point?
Grade: A-
Best tracks:
“Elephant King”
“Marathon Runner”
“Stay At Home”
“Wear Suits”
Stream it here:
http://www.pastemagazine.com/blogs/av/2012/03/album-premiere-yellow-ostrich-strange-land.html