17 Albums We Can’t Wait To Hear This Summer

You’ve seen the predictions for twelve of this summer’s sure-to-be-hits; now check out seventeen albums out this summer that are likely candidates for WRMC’s highly coveted “Rotation” shelf. Summer 2012 (weirdly, July 24 in particular…) is shaping up to be a good season for good music — don’t fall out of the loop! Without further ado, in alphabetical order:

One of the greatest indie rappers of the early ’00s is finally back, hot on the heels of his buddy El-P. RIYL: El-P, Dr. Octagon, Cadence Weapon. Listen: “Zero Dark Thirty” 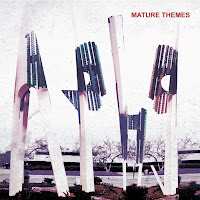 Los Angeles’s retro-fetishist-in-residence is back this summer with the good old Haunted Graffiti in tow. Their new album is titled Mature Themes, which shouldn’t really surprise anybody, given how Pink’s been making crass and kind of creepy jokes out of ’70s AM radio since the early 2000s. RIYL: John Maus, Girls, Panda Bear, Atlas Sound, Mr. Bungle. Listen: “Baby”

NYC rap wunderkind Azealia Banks is preparing to drop her Fantasea mixtape on the Fourth of July, hot on the heels of her debut EP 1991. RIYL: Nicki Minaj, Rye Rye. Listen: “Aquababe”

WRMC’s favorite guitar hero is back! Delicate Steve is beyond amazing…just trust me, on behalf of all of us here at Middlebury College Radio. This album is out July 10 and it’s one you’ll definitely want to track down. RIYL: Ducktails, Reptar. Download: “Afria Talks To You”

Excitement for this one is high follow the Dirty Projectors’ already classic 2009 release, Bitte Orca, and the subsequent Bjork collaboration Mount Wittenberg Orca. The weird, wild, R&B-obsessed, classically-trained (but somehow still punk as fuck) art-pop group’s latest looks to be as good as its predecessors. The deluxe edition (of which there are only 3000) comes with a cuneiform tablet! Ooookay! RIYL: Talking Heads, tUnE-yArDs, Vampire Weekend, Deerhoof, Animal Collective. Listen: “Gun Has No Trigger”
Fang Island, Major (Sargent House, July 24)

We haven’t heard from Brooklyn indie rockers Fang Island since their 2010 self-titled debut, but come August, expect to hear their unique brand of slap-happy, bro’d-out art rock from speakers all over the beach. RIYL: Male Bonding, WU LYF. Listen: “Sisterly” 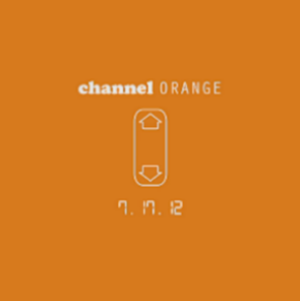 The date’s been named — on August 7, Cruel Summer and its identically named companion short film will see the light of day! G.O.O.D. has been the vehicle for some of the best Kanye West-affiliated music (and mainstream hip-hop in general) of the past two years. Watch: “Mercy” Captured Tracks puts out little-known (but soon to be beloved, I hope) Swedish post-punk band Holograms’ self-titled debut on July 10. RIYL: Joy Division, DIIV (who, by the way, also have an album coming out soon!). Listen:  “Chasing My Mind”

Pain of Being Pure at Heart Kut Feldman is set to drop his solo debut as the Ice Choir, Afar, on Underwater Peoples. In an age of ’80s nostalgia, this band is the real deal — synthesizer music that actually sounds so much like the first wave of synthpop that you wouldn’t even have blinked an eye hearing it in a 1987 DJ set right after Gary Numan’s “Cars.” The new versions of these songs sound even better than their demos, released in early 2011. RIYL: Dylan Ettinger, Realpeople, Gary Numan. Listen: “I Want You Now And Always” Swedish pop duo Niki & The Dove make synthpop on the most epic scale possible, with lyrics about throwing away your love on whomever in the face of apocalypse and titanic synthesizer lines like the one on standout “The Fox,” which is so gigantic it hurts to listen to even with the volume all the way down. And in the middle of it all, somehow, is totally adorable Kate Bush acolyte Niki, whose girlish voice, it turns out, is capable of going toe-to-toe with even the band’s most towering hooks. RIYL: Kate Bush, Patrick Wolf, Bat For Lashes, Zola Jesus, Glasser. Listen: “The Fox”

Based on the first single, Passion Pit’s follow-up to their surprise crossover smash Manners (2009) is going to sound a lot like the last one – that is, ornately arranged, lyrically melancholic but melodically ecstatic maximalist electropop. RIYL: Phantogram, Blood Diamonds, the Postal Service, Phoenix. Listen: “I’ll Be Alright” 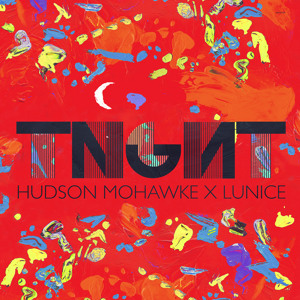 Flying Lotus may have pushed back his new album till October, but if you need some more L.A. electro sooner or else, never fear: producers Hudson Mowhawke (who laid the backing track for Azealia Banks’s “Jumanji”) and Lunice are collaborating to release an album as “TNGHT” via Warp. An instrumental album that’s sure to become fodder for rap artists the world over a la Clams Casino, TNGHT is chock-full of clubby bangers with basslines that’ll break your windows and stop your Pacemaker. RIYL: Baauer, Jonwayne, Shlohmo. Listen: “Bugg’n”

The end of summer sees the Brooklyn label Captured Tracks’s release of Nocturne, the sophomore effort from Virginia’s Jack Tatum, aka Wild Nothing. Early singles indicate more of the same wistful dream-pop as 2010’s excellent Gemini, but with a bit more muscular rock action than that Smiths-worshipping LP might lead you to expect. RIYL: The Field Mice, Beach Fossils, Minks, the Pains of Being Pure at Heart. Listen: “Shadow”

…And that’s just a few records due out in Summer 2012! Also keep your eyes out for albums by Jessie Ware, Yeasayer, Antony and the Johnsons, DIIV, A Place To Bury Strangers, Kreayshawn (who knew she had a [probably racist] album in her?), The-Dream, and mum, among many more.


Autumn looks pretty exciting too, with new work by Grizzly Bear, David Byrne & St. Vincent, Cat Power, Animal Collective, and Jens Lekman, for example, all appearing in a record store (or Mediafire link…) near you come September. Click here to go to Consequence of Sound’s fairly comprehensive list of upcoming record releases (Andrew W.K.’s I Get Wet in deluxe edition reissue? I’m so there). Overwhelmed? Don’t worry — we’ll publish another guide on the blog to help you make sure you’re hearing all the best new releases. Stay tuned — to WRMC 91.1 FM that is. Zing!