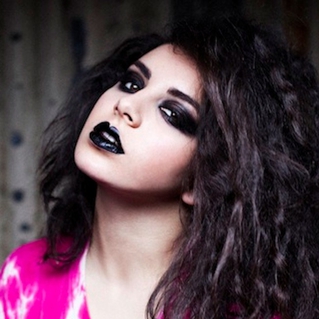 Barely-legal U.K. goth-pop princess Charli XCX is on one serious hot streak. She released two incredible singles in 2011 (“Stay Away” and “Nuclear Seasons”), penned one of 2012’s best songs for Swedish duo Icona Pop (“I Love It”), and just released her second EP, titled You’re The One after its lead single. She also admitted to writing a song called “Dinosaur Sex” and performing it at London warehouse raves at age fourteen, and it included the refrain, “Dinosaur sex! T. Rex sex! Oohh yeah!” which is, at the very least, brave. Anyway, the new song “You’re The One” showcases Charli’s gift for blending wistful reminiscence with bird-flipping defiance, catchy electropop with grim industrial grind. She reconciles such contradictions into a fully-formed, three-dimensional persona which, in turn, contrasts thrillingly with her icy sonic aesthetic. This makes her one of today’s more interesting dancefloor divas — well, that, and her stunning voice, of course. I’d say it was unique if not for the fact that the androgynous Toronto glam-god(dess?) Diamond Rings is doing pretty much the same thing right now, down to the raspy voice and cheesy New Wave stone-fox act. And, hey, they’re both into Blade Runner facepaint, and, hey, they’ve both released videos for their most recent singles, and, hey, those singles’ titles are basically in dialogue with one another (“You’re The One,” “I’m Just Me”), and, HEY, both videos involve fog machines and colored lights and dark industrial spaces and backup dancers, and HEY, they’re both awesome, and HEEEEEYYYYY they’re both posted below. Spandex pants and platform boots for all! I don’t know who I have a bigger crush on…. Actually I do; it’s Charli, ’cause she dances with an adorable gang of little goth girls in her video. And also, you know, “Dinosaur Sex.” She’ll never live that one down. She said this video is the “encapsulation of who I am as an artist”; I raise no objection.
Charli XCX, “You’re The One”:
Diamond Rings, “I’m Just Me”: