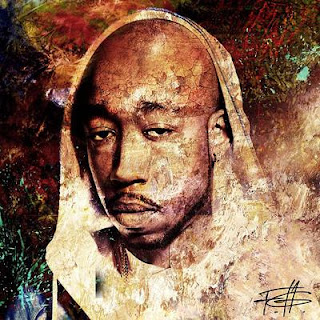 Baby Face Killa marks Freddie Gibbs’ third major mixtape in the last four years, following up well received joints The Miseducation of Freddie Gibbs and Cold Day In Hell.  The Gary, Indiana native has impressed with his relentless, meticulously efficient flow and a distinctive voice steeped in the desolation of his hometown.  BFK, presented by the omnipresent DJ Drama, features guest spots from vets such as Young Jeezy, Krayzie Bone, and Jadakiss, as well as up and comers, SpaceGhostPurrp, Kirko Bangz, and YG.  But no matter who’s on the track with him, Gibbs’ verses dominate BFK’s 18 cuts, thanks to his gravelly delivery and ability to overcome at-times mediocre beat-making.

With the tape’s first track, “BFK”, first time Gibbs’ listeners will likely find his style familiar, for his voice and flow recall the deep, syrupy deliveries of Southern greats Bun B and Trick Daddy.  It’s this flow which carries the album’s opening tracks, making up for some pretty played-out hooks and mediocre production.  Several of the tracks feel as though they’re one or two simple flaws away from being exceedingly enjoyable.  “Money, Clothes, Hoes” features one of the album’s best beats, a synthy, oscillating nightmare from Feb.9, and Gibbs matches it by slowing down from his usual rapid-fire delivery with a well-executed mix of thuggery and creepiness.  Unfortunately, the hook features Gibbs chanting the song’s title for almost a full minute, and we’re left wishing that the attention Gangsta Gibbs pays to executing technically flawless verses could be applied to creating a more innovative chorus.  The next number, “The Hard” has more great production from Feb.9, a spacey beat laced with haunting operatics, which lends perfectly executed Gibbs lines (“this glock ain’t got no safety, the owner got no patience, so please don’t make my finger and this trigger make relations”) a surreal feeling.  But unfortunately, the hook is basic and repetitive, and the featured Dana Williams sounds like a dispirited Rihanna impersonator.
The album’s all around strongest track is undoubtedly “Kush Cloud”.  SMKA’s smoked out beat alone is enough to keep me coming back to this song, and it’s haziness makes another routine hook from Gibbs sound appropriate in a hypnotic way.  When Freddie drops in out of nowhere, “Mo murda, mo murda, in the Tahoe with my burner”, his voice cuts into the ambience of the beat like a face looming through a cloud of smoke.  He shouts out Bone Thugs ‘n’ Harmony near the end of his verse, and Krayzie Bone, the Cleveland group’s most successful soloist, responds with a very strong showing of his own.  Old school fans will be satisfied to hear that he hasn’t lost a step, and he leaves us wondering how he manages to seemingly never take a breath (especially given the habit he’s discussing).  Finally, Florida’s SpaceGhostPurrp ends things by slowing the song down to a codeine-tinted, psychedelic crawl, a very effective finish after the non-stop efforts from Gibbs and Krayzie Bone.
As the second half of the tape progresses, Gibbs’ strengths become increasingly clear.  Although his rapid-fire flow is very impressive in its consistency, he’s at his best when he slows it down a measure and allows us to hear the gravelly street in his voice.  On the Outkast inspired “On Me”, Gibbs deftly mixes up the pace of his delivery, as well as the length of the rhyme scheme.  Same goes for “Tell a Friend”, featuring Curren$y, on which Gibbs routinely changes speed within one rhyme, making “Put my brother through college on this ski mask shit, told him while he was in class I was with smokers lightin’ up glass dicks” into a cohesive bar.   Young Jeezy provides a solid spot on “Seventeen”, with a clever hook and a verse that recounts his days of drug dealing with an insomnia-addled sound, asking “14 grams in my attic, the dilla or the user, who’s really the addict?”.  Finally, DJ Mustard ends the tape with a minimal, eerie beat for “Every City”, with lonely piano strokes which makes Gibbs’ play-boy lyrics seem more severe and threatening.
Baby Face Killa is definitely an enjoyable mixtape, but it’s not one that I would necessarily listen to from beginning to end.  That said, I do look forward to throwing it on when I’m in the mood for a solid, hard-core street sound.  Freddie Gibbs’ vocal abilities obscure BFK’s obvious deficiencies in most instances, but even his captivating flow isn’t enough to make me want to hear snoozers like “Krazy” and “Middle of the Night” ever again.  It’s important to remind oneself that it’s mixtape, not an album, and there is far less thought given to what is included and what isn’t.  But at it’s highest points it does a great job of showcasing an exceptionally talented rapper, and that is well worth the lows.
Best line: ““Grind til you put your moms in a new spot, on the block with the bomb it was too hot, on the block with the bomb it was so cold, sellin’ dope in the snow til’ my toes froze”, Freddie Gibbs, “Bout it Bout it”
Also worth checking out: Food & Liquor 2: The Great American Rap Album, Lupe Fiasco